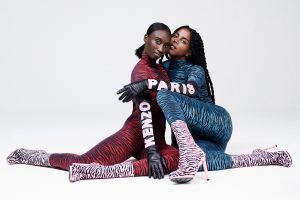 Parisian brand KENZO has collaborated with H&M giving us a BTS look at what to expect from their much anticipated campaign that premieres on October 17th. The inspiration behind capturing this collection on film has been influenced by iconic Director/Photographer, Jean Paul Goude. 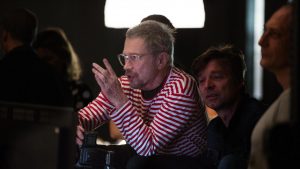 Who can forget late 2014 when Kim Kardashian West “Broke the internet” gracing the controversial cover of Paper Magazine? This was re-imagined in mirroring Jean Pauls original 1976 photo of Carolina Beaumont. With that said, the imagery you can expect from this campaign is diverse, it’s adventurous and it pushes the boundries.

Exactly why it was a no brainer for this street style collaboration to have Jean Paul be at the head of Advertising. 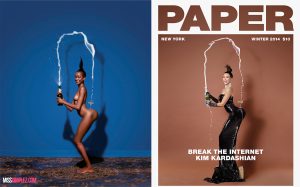 Following the large success of H&M’s collaboration with Balmain last year, they have decided to entice and excite us again in partnering with Kenzo’s Creative Directors Carol Lim and Humberto Leon, offering to masses their second designer collection with the expectation of continuing to make A LOT of noise. 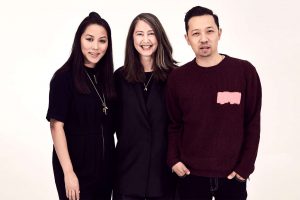 The full collection drops on November 3 and the familiar talent you will see in these looks are that of Rosario Dawson, Chance The Rapper, Chloe Sevigny, Iman, Ryuichi Sakamoto, Suboi and Xiuhtezcatl Martinez. The line will feature clothing and accessories for both men and women. Check a few of the pics below and stay tuned! 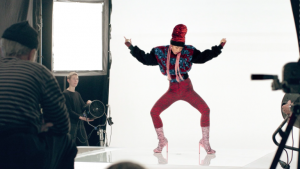 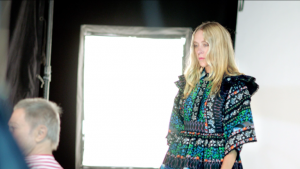