WHAT DOES THE COLOR OF YOUR CAR SAY ABOUT YOU? 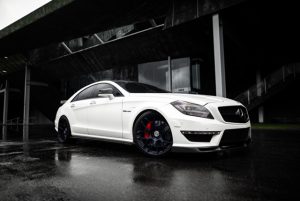 Color for years, has been studied in fashion, film, art and technology, including our subject of automotive influence.

It’s psychology dates back to the year 1798 where human occupations and ones character traits were studied and considered in relation to color. This resulted in a diagram labled “The Rose of Temperaments.”

You will see here that two temperaments share synonymous traits with the other. If you are curious of their individual definitions as we were, they have been highlighted for those who seek.

Sanguine & Melancholic are that of Action + Activity

Check out the diagram below, best known today as “The Color Wheel.” Notice the right side of the wheel reflects warmth such as colors yellow and orange, said to produce positivity where the left reflects a cooler side and is said to be of negative impression. 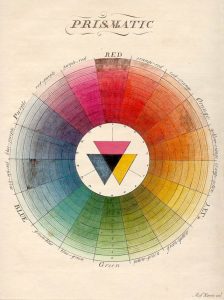 This does not mean that because you gravitate to black, you’re Darth Vader, ha! Can you believe such a vehicle exists!? 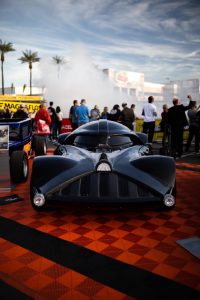 This is merely suggesting that due to cumulative and extensive research dating as far back to the late 17th century, studies have shown that how we see color is by far, the most influential in our visual perception to everyday life.

Make you wonder? You’re not alone which is why we felt it important to share some knowledge on the subject.

The question becomes now, what color car do you drive and what does it say about you?

Take a look below as we visit the 10 most VIVID colors seen on some of the most exotic cars taken by the late and great automotive photographer, Joél David White. Largely known and remembered as FAITHINMYFUTURE. 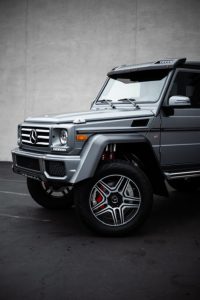 Silver is a color that reflects security and style. It exudes innovation and in some cases gives an appearance mimicking that of stainless steel and silver technology. It’s no wonder Apple also selects this color for its product. Its owner is best described as one who has an eye for the finer things. You usually desire the latest in tech and prefer sleek design.
Note: This color nearly rose by 14% as most desired in this category in less than one calendar year making silver the main color of choice for luxury vehicles. 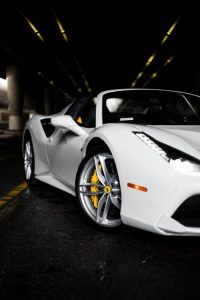 White is FRESH! It screams modern, youthful and light. Its color suggests its owner has a taste for elegance and is associated with words such as honest and pure. Although keeping a white car clean requires high maintenance, It’s appeal and connotations of cleanliness heed that of someone who prefer a neat and orderly fashion anyhow so keeping it clean is no big deal, right? 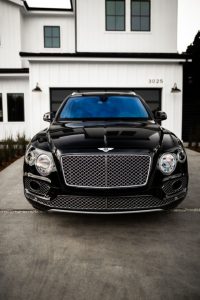 Black is the sophisticates color. It is timeless, it is mysterious and it is powerful. As is with clothing, black connotes seriousness and diligence. You ever wonder why we are always certain to see the President of the United States transported in only that of a black vehicle? It’s a power color and it declares itself classic and in control. At the same token, its color evokes calm which is also associated with being in control. 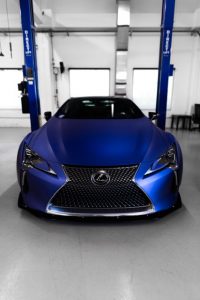 You’ll be happy to learn that blue in no way leads to “the blues” as this color is a happy color! It gives rise to calm skies impressing peace and productivity. Its owner is known as practical, introspective and optimistic. While projecting stability, truthfulness and serenity, this color stands out without being too loud making blue a stable and sensible choice. 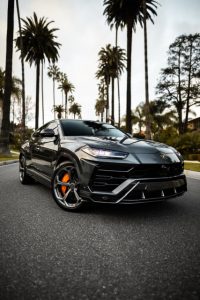 The question is often asked, “Is there a difference between silver and gray? The answer is absolutely, 100% YES! It’s hard to believe considering the exotic car we see here that the gray driver doesn’t care to stand out nor wants or needs to be flashy. As silver projects dignity, tradition and maturity, gray is modest, humble and happy to blend in with the crowd. Its owner cares less about status and more for status quo. 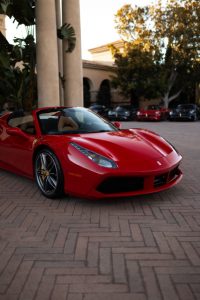 Red is for the Go-getter. This color projects action, confidence, ambition and masculinity. It declares great status and if sporty red, I gotta keep it real … you flexin! It screams “Look at me” in every possible way! If the top is down too!? Most definitely! Ha! The driver of red is known to be someone who is outgoing and fun. The color is strongly associated with emotions such as love, anger and passion making the owner of red a fierce individual. 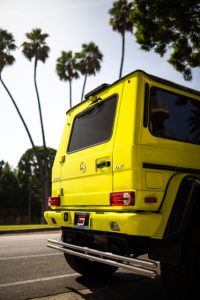 Yellow hands down has to be the HAPPIEST of all colors regardless of what they say about blue or orange. Yellow screams “Don’t worry Be Happy!” It exudes joy and positive vibes with its bright and bold color. It’s driver is imaginative and comfortable in taking risks. “No pain, no gain” is life’s motto. It goes without saying that yellow cars however are too risky for most people making this color a rare one to see on the road with only 1-2% of its population in color availability. 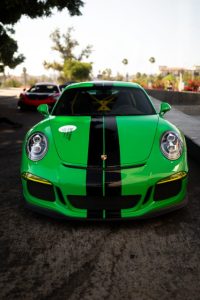 The color green has long been associated with that of the outdoors, being labeled “The color of nature.” It evokes love, peace and patience along with symbolizing good luck! It’s driver enjoys adventure while exploring the outdoors at a moments notice. Aside from looking to make a statement, drivers that prefer a bold, bright and more exotic shade like the one we see here over an earthly one, are known to be energetic, continually inspired and self-motivated. Greens popularity reached its peak in the 90’s, however, like it’s yellow counterpart, it too isn’t desired as often with fewer on the road and in showrooms! Green comes in at #9 on the list above orange in a nationwide study. 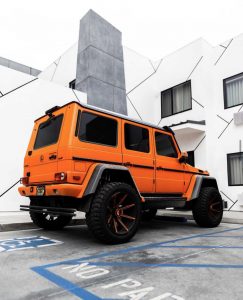 If you are orange, not literally … we mean your flavor of vehicle. You declare yourself a pioneer, a trendsetter. You are free spirited and unafraid to go against the grain. You’re a rebel basically. The color orange is one that evokes feelings of enthusiasm, excitement, adventure and happiness. Although it is one of the least favorable colors of new car buyers in the US, it is ranked one of the most popular shades in the state of Nebraska. Surprised it hadn’t been Florida or Tennessee. 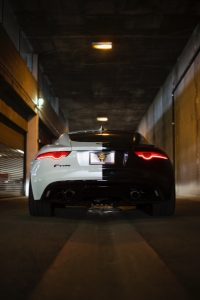 You’d look at this car and ask yourself if its owner has split personalities or is that he or she could be a Gemini perhaps? Or maybe they just couldn’t make up their mind? In any case, the driver who customizes their car in whatever wild way they choose is someone who is described as eccentric, riding their own orbit than the rest of society. They don’t like following the rules and are ok with that. They treat their car as a hobby and enjoy toying around with ideas. This driver is creative and would be considered extroverted.

Just as we are all uniquely US, our car is also unique to our personality. Like a business owner deciding on their logo in order to market and brand their product or the artist who’s in need of staging the “perfect” lighting (hues) to showcase their art, we too take into much consideration, color when deciding on which one best describes WHO WE ARE.

All photography featured in this article was taken by Joél David White, aka: FAITHINMYFUTURE.

Stay blessed and keep the faith!